4 Symptoms of a Bad Ignition Switch Every day, as we turn the ignition key and enter our keys into the ignition, we count on our car to start when we tell it to. Unfortunately, ignition switches do occasionally wear out, just like any other car component. The degree of what is felt when this happens varies from case to case.

In actuality, not all ignition switches malfunction in the same way. While some drivers encounter serious operating problems, others are left with a number of odd problems that they are incredibly unlikely to connect to an ignition switch malfunction.

As was already noted, a damaged or failed ignition switch can cause a wide variety of symptoms, many of which are difficult for the typical driver to understand. Recognizing the tell-tale indicators of such a failure is the first step in finding a solution to your ignition switch problems.

The following are the 4 most common symptoms associated with a bad or failing ignition switch. The electrical contacts of an automobile’s ignition switch have a propensity to deteriorate over time. When this happens, it can be quite challenging for an old ignition switch to consistently provide the necessary amperage and voltage for proper circuit performance.

The most typical times for stalling to occur are during cruising or immediately after start-up.

As a result, the supply voltage is provided to the ignition system and fuel pump when switched to the “Crank” position but drops this voltage as soon as cranking is complete. It could be impossible to start your car when an ignition switch malfunctions in the “Crank” position. When the key switch is fully turned, the engine’s starting won’t turn on, which is the most typical symptom of this. In this situation, the vehicle’s starter won’t make any audible noise.

An ignition switch that has malfunctioned in this way is unable to supply power via the circuit’s exciter wire to the vehicle’s starting solenoid. The starting won’t be powered on without this signal.

Despite the fact that such problems are sometimes misinterpreted as defective starters, this is one of the most prevalent symptoms associated with ignition switch failure. One could anticipate seeing a loss of accessory drive operation if an ignition switch were to malfunction at the first keystroke position. An ignition switch might undoubtedly be the source of such symptoms, despite the fact that it is not as common a failure as others previously stated.

Additionally, excessive resistance in the accessory sector of the ignition switch may cause lit accessories to flicker or operate dimly.

While some drivers may ignore such seemingly unimportant issues, doing so is definitely not advisable. There is a potential that further failures may occur shortly if an ignition switch fails at one keystroke position, possibly leaving you stranded.

4) Key Will Not Turn

Another sign of a bad ignition switch is a sudden inability to use your key to operate the lock cylinder in a car. If you discover that you can no longer physically turn the ignition, it is very likely that the internal tumblers in the ignition switch have failed and need to be replaced in order to resume correct operation.

In some circumstances, a vehicle’s ignition lock cylinder can be changed without also changing the electronic switch controlling the mechanism. On some, though, these two parts are assembled and need to be changed together. Why Is My Temperature Gauge Rising but My Car Is Not Overheating?
> Read More 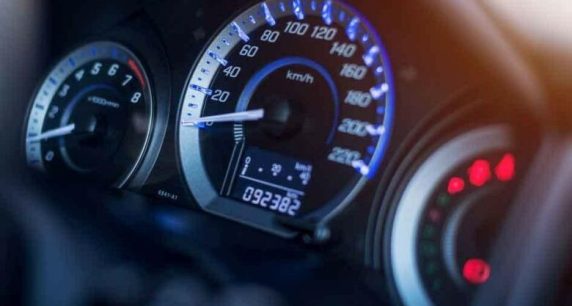 What Is Good Mileage for A Used Car?
> Read More